Taylor’s racing journey began as a 17-year-old when she enlisted as an apprentice.

An unplanned jockey apprenticeship was the start of a lifelong passion for the thoroughbred for Amy Taylor, which has taken her from her home state of Queensland to the racing mecca of Hong Kong.

Taylor’s racing journey began as a 17-year-old when she enlisted as an apprentice.

“When I left school, I got an apprenticeship with Phillip and Tracey Wolfgram,” Taylor told Racing.com as part of Love the Horse month.

“I wasn’t planning to do it, it began as just a break from school before university but I was offered an apprenticeship and it just went from there. I did nine years of riding as a jockey and unfortunately, had a bad accident, broke both my legs, which sort of brought my career to an end.”

Prior to her riding career coming to an injury-enforced ending, Taylor rode 225 winners while she also competed at Group 1 level.

It was in Australia first that Taylor turned her hand towards rehoming racehorses.

“We had a farm called Affinity Park in Queensland and I was already rehoming horses there,” she said.

“I’d done about 150 rehomers and got recognised for it in the Godolphin Awards and won the Thoroughbred Care and Welfare Award.”

That was in the inaugural year of the Godolphin Stud and Stable Awards in 2015. Soon after, Taylor moved to Hong Kong with her husband, Joe. She started working as a track rider at Sha Tin for a number of trainers, including Melbourne Cup-winning conditioner David Hall.

It wasn’t long though before Taylor’s passion for rehoming thoroughbreds was on display for the racing fraternity in Hong Kong.

“I had had a few trainers or owners that I’d met in Hong Kong asking, ‘Do you know anyone who could take a horse or know of somewhere they could send their horse once it’s retired’?” Taylor explained.

“It really got me thinking of what options were available for the Hong Kong retired horses and if I could create something different that would help the horses transition into their new lives off the track and also give another option to the Hong Kong owners.

“The horses are obviously extremely well cared for here, but they do live so different to what they would if in Australia or New Zealand.

“I really thought that the horses that were here really deserved a chance to have a good retirement (and) a tracked one.

“I think that’s what’s lacking a lot with the racehorses is that once they leave the track, there’s not much tracking that happens after, and it’s getting better, obviously Racing Victoria, Racing New South Wales are really paving the way with more Off the Track programs and initiatives, as well as better tracking when they leave the track.”

It all culminated in Taylor creating International Thoroughbred Retirement to have a program for retired racehorses in Hong Kong to find a new home for their lives after racing.

“It was a different concept, it was something new that I hadn’t actually heard of anyone else having an adoption program like ITR,” Taylor said.

“The horses we get, they obviously come straight off the track here.

“We have six professional trainers who specialise in their own fields; showjumpers, show riders, dressage riders etc…

“We place each horse with a suitable re-trainer for a period of time and we categorise each horse into either re-training horses or rehab horses depending on their racing and veterinary history.

“Once they’ve completed that time with our trainers, we start up the advertising process and start looking for adoptees. We want positive long-term outcomes for each horse.

“Our slogan is ‘Creating Futures – Tracked for Life’. Each horse is checked up on every six months for the rest of its life, and we update our Hong Kong owners yearly.”

After beginning slowly, International Thoroughbred Retirement has quickly developed over the past few years, thanks to the power of the press and the subsequent word of mouth referrals about Taylor’s work.

“We started in 2017 and I had only actually got eight or nine in the first two years, and then I did a couple of interviews with Ian Sham (TV Presenter/Director of Bridle Bloodstock) and the South China Morning Post,” Taylor said.

“That actually got everything going, because then the owners started to talk and they had friends who had friends that had retired a horse with us. We went from nine the second year to 45 in one year, so it was a big jump.”

These days, Taylor says International Thoroughbred Retirement has 89 horses on the books and 70 horses in new homes across Australia and New Zealand.

While Taylor has horses like G1 performer Not Listenin’tome as part of her alumni, it’s a horse at the other end of the racing spectrum that she considers as one of the success stories of her operation.

“We have Elegant Tapestry, who I think got beaten 30 lengths here in his first start at Happy Valley, he was pretty much retired immediately,” she said.

“He was a horse that I quite liked myself, so I’ve actually kept him myself and I keep him with some people in Australia and they show him for me.

“He’s gone on to win open-hack classes at Brisbane Royal Show, he’s won at Horse of the Years, Champion Newcomer titles, he’s having a really good career off the track.”

Taylor is also overseeing the post racing career of one-time Victoria Derby favourite and 2018 Norman Robinson Stakes winner Thinkin’ Big, who was trained in Australia by Gai Waterhouse and Adrian Bott before moving to Hong Kong.

“I’m excited for Thinkin’ Big because obviously he’s a lovely, striking-looking animal, the team at Paul Austin Equitation, who is also an ITR re-trainer, will be prepping him on behalf of ITR to take him to the Brisbane Royal Show in August for the led thoroughbred class, so that will be nice to get a horse of that calibre out and competing,” she said.

Remarkably, Taylor runs the International Thoroughbred Retirement operation on her own and says that it’s a passion project for her.

“Ever since I was a jockey, I just loved thoroughbreds,” she said.

“When you’re a jockey, they really give you their all, they look after you on the track and I think we really owe it to the horses to give them that nice life after racing.

“It’s just something that I feel like the horses are owed and obviously they’re lovely animals and I love doing anything I can for them.” 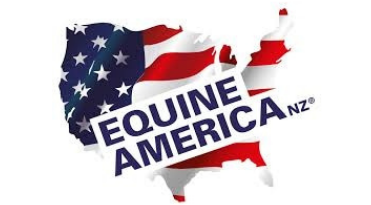 ITR is in no way associated or affiliated or endorsed with the HKJC. ITR is an independently run business.